The Chalice Well and Gardens 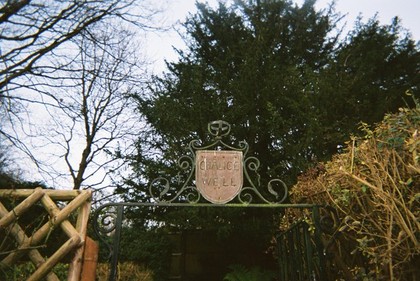 Entrance to the Chalice Well and Gardens
The chalice well, from whence comes the water of the red spring of Glastonbury is situated at the foot of the Tor, situated in beautifully landscaped gardens where the water from the well trickles down through the healing pool into beautifully sculptured pools at the bottom of the slope. 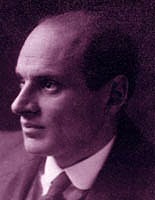 The Chalice Well and gardens were founded by Wellesley Tudor Pole in 1959.  (He even has the name 'Well' in his name as by some trick of fate) Pole, an interesting man had been associated with the Baha'i religion, a relativity modern Persian religious movement, as well as being a member of British Intelligence in the Middle east.  Along with Winston Churchill he is well known for the creation of the silent minute, where each night during the second world war at 9pm the people of Britain would come together for a moment of quietude at the same time.  Together with friends from the silent minute movement he purchased the land around the well and set up the Chalice Well Trust which still runs the gardens today. His involvement in the Baha'i faith waned as he became increasingly interested in spiritualism. He died in 1968 but today the gardens remain a testimony to his vision for peace and many a silent minute may be spent contemplating in the gardens surrounded by nature and the healing sound of water
The water of the Chalice well has a red hue to it owing to the amounts of iron oxide  in the water. Legend has it that Joseph of Arimathea visited Glastonbury centuries ago carrying with him two vials containing the blood and sweat of Christ. The vial of Christ's blood was placed on the Chalice well which is why the water runs red whilst the white spring opposite the chalice well gardens contains the contents of the other vial. The white spring has high lime content which accounts for its name and the residue it leaves behind.

Throughout  the grounds there are sheltered spots where one my sit and meditate or simply take a moment in silence. Candles may be sign flickering in the breeze accompanied by the fragrance of some incense whilst the water gently cascades through pools and troughs in the background.
There is a also a healing pool where you can see bare footed pilgrims bathing in the waters peacefully.
The Chalice Well is open everyday of the year (apart from the first Saturday of June) from 10:00 am closing earlier in the winter months.
For directions, opening times and prices please visit the official website:
http://www.chalicewell.org.uk/